Welcome To Our Village

by Adventures of Salvador 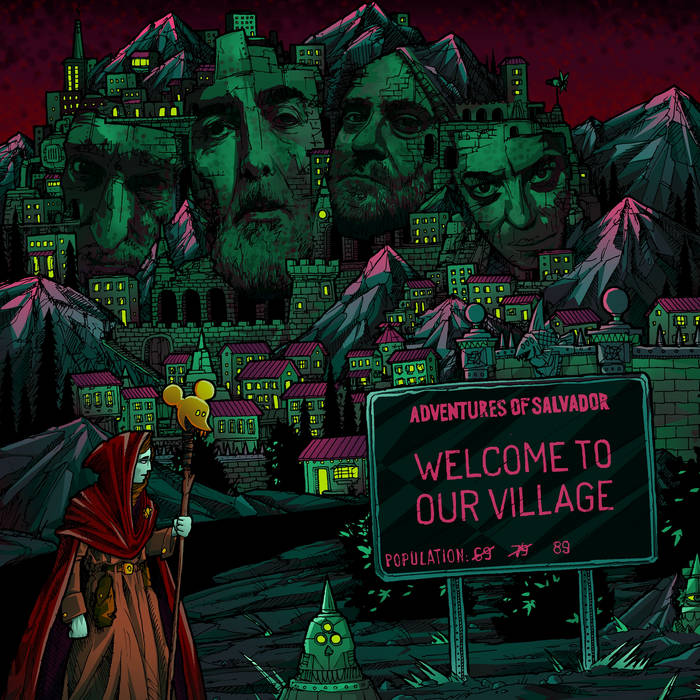 Si Donbavand The bass. Its all about the bass Favorite track: Retroman.

Urban Punk-Surf-Rock from the heart of the north west of England. ​

Produced and recorded at Big City Jacks Recording Studio in Bury, Greater Manchester by Tony Long the band have hit a new creative peak with their intense and hypnotic sounds. This is enhanced with stunning artwork from Jack Jerz.

They have built a growing reputation as a must see live band across Greater Manchester and beyond.

PRAISE FOR THE RETROMAN SINGLE

“Are you sure this isn't some long-lost collaboration when Mark E Smith jammed with the Cramps and the B-52's??? It sounds ace - Grim Up North Sea Surf Punk!” ​ Ged Babey, Louder Than War

"Like a tarpaulin covering a couple of hens" - The Shend, Spinning Man Radio Show

"Think of the B-movie, rumbling sexploitation sass of the legendary Cramps in a no holds barred street fight with the blunt yet beloved snark of The Fall or PIL and you get a hint of what’s going on here.
Loud, brash and unapologetic...." Mark Buckley, Analogue Trash.

"If you like a bit of punk, dirty bass sound, upbeat psychedelia, then this is your bag. The verdict is my opinion, but if you want something fresh and out of the normal that makes you want to listen over and over again then get this album. It’s one of my favourite albums this year that should surely be in the end of year polls. Difficult second album?? They’ve fuckin’ pissed it!!" - Wayne Carey, Louder Than War

Bandcamp Daily  your guide to the world of Bandcamp